A visit to Amsterdam is not complete if you have not seen the canals. They are a symbol of the city and have enormous cultural and historical value. In 2010, the World Heritage Commission decided to put the 17th-century Amsterdam canals on the UNESCO World Heritage List.

The hidden secret of Amsterdam’s success: The Canal Museum

Amsterdam is a city that wouldn’t be what it is today without the canals. There is a saying that goes, “The canals make the city”. For centuries, thousands have flocked Amsterdam to make their fortune, escape persecution and enjoy all the benefits of a liberal and commercial hub like Amsterdam. The city has been home to artists, writers and all lovers of life. It is a city where life is lived. The story of this wonderful city is told in an adventurous and creative way in Het Grachtenhuis or Canal Museum Amsterdam. In the monumental building on the Herengracht, visitors can travel through time and discover the 400 years of Amsterdam’s history which is intertwined with the canals. The Museum Het Grachtenhuis not only shows what was so special about the creation of the Amsterdam canals but also why they are still spectacular today.

Go back in time and see how Amsterdam residents lived, how houses were constructed on thousands of poles, the brilliant engineers who supervised those constructions and the breathtaking techniques they used to construct lots of building in some of Amsterdam’s most famous quarters like the Jordan area and the Herengracht. The Canal Museum is for everyone who loves the city and would love to fall in love with it. The information is housed in six rooms where you will become acquainted with one of the largest city expansions in the world: the 17th-century canals of Amsterdam. All information is presented via interactive and multimedia channels; which is nice for children. The ideal day out for the whole family. Interactive multimedia exhibitions help you travel through 400 years of history in 40 minutes. There is so much to see and you’re sure to become a canal/Amsterdam expert when you’re done.

In addition to the permanent exhibition on the canals, there is always a temporary presentation on the ground floor of the museum. The Canal Museum regularly organizes activities, especially for children.

Purchase Your Grachtenhuis Tickets online with discount for €13,60 via Tours & Tickets

Of course, we visited the Museum Het Grachtenhuis to see why it’s so popular and here are a few pictures from our visit. The museum doesn’t disappoint and is a must especially for those visiting Amsterdam for the first time. 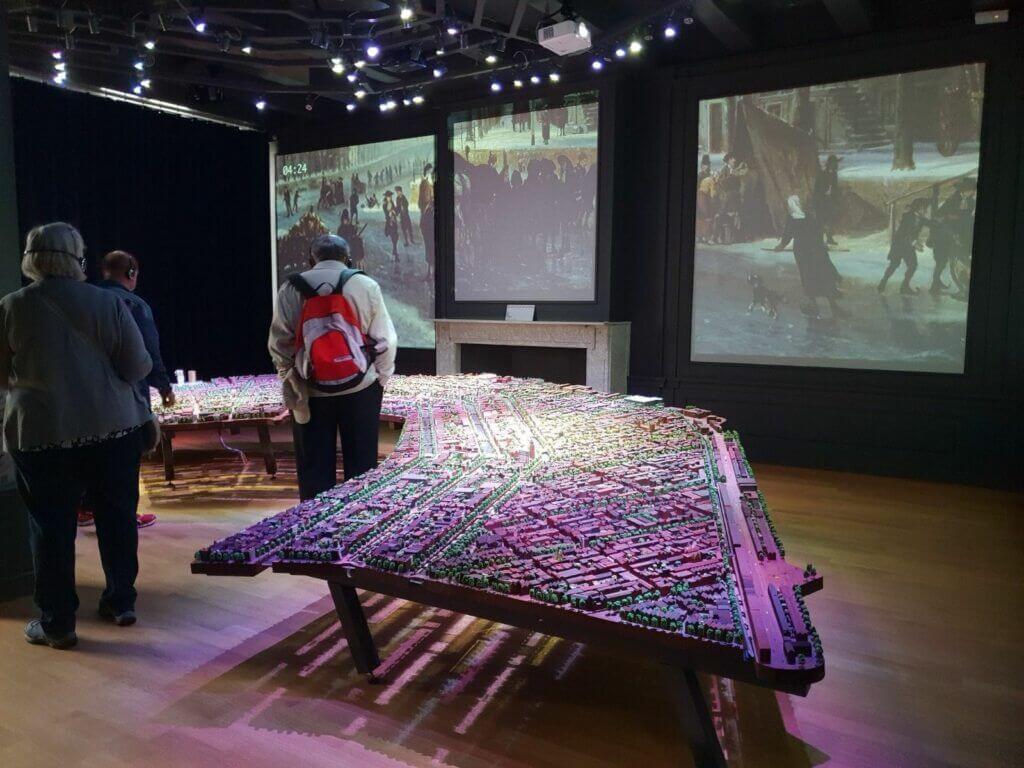 A room in the Museum Het Grachtenhuis with vintage video clips of how Amsterdam’s canal houses came to give an identity to the city. It also shows a detailed and smaller version of the city. 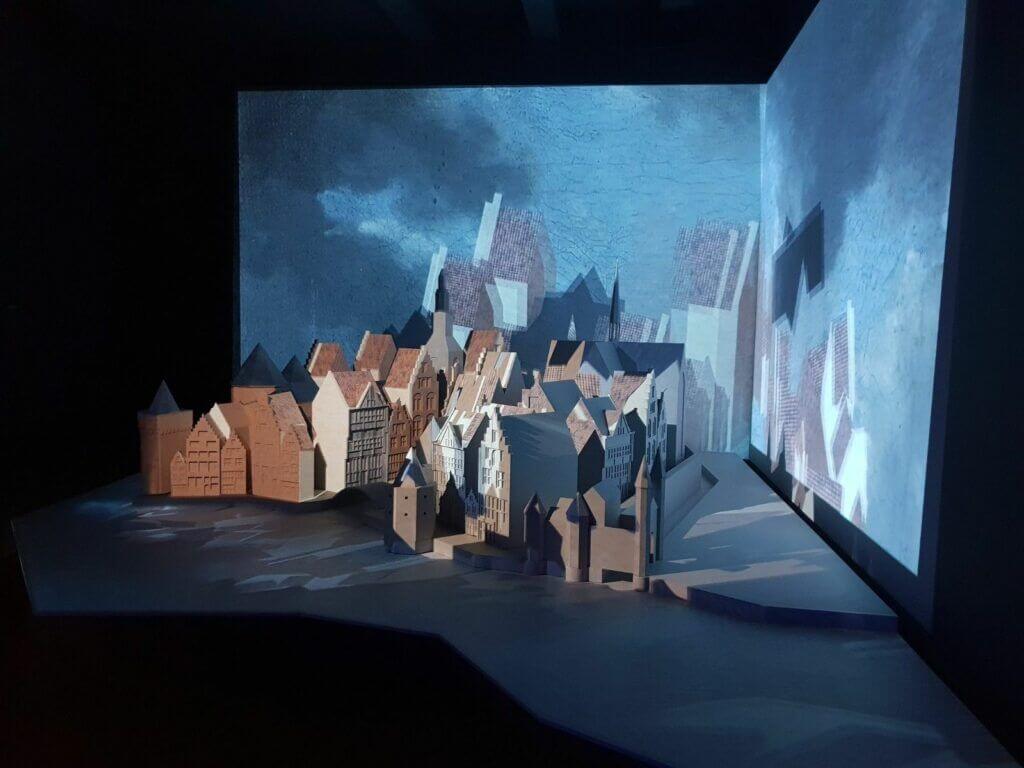 A room filled with mini canal houses in Amsterdam and also shows how they’re all constructed on thousands of poles. 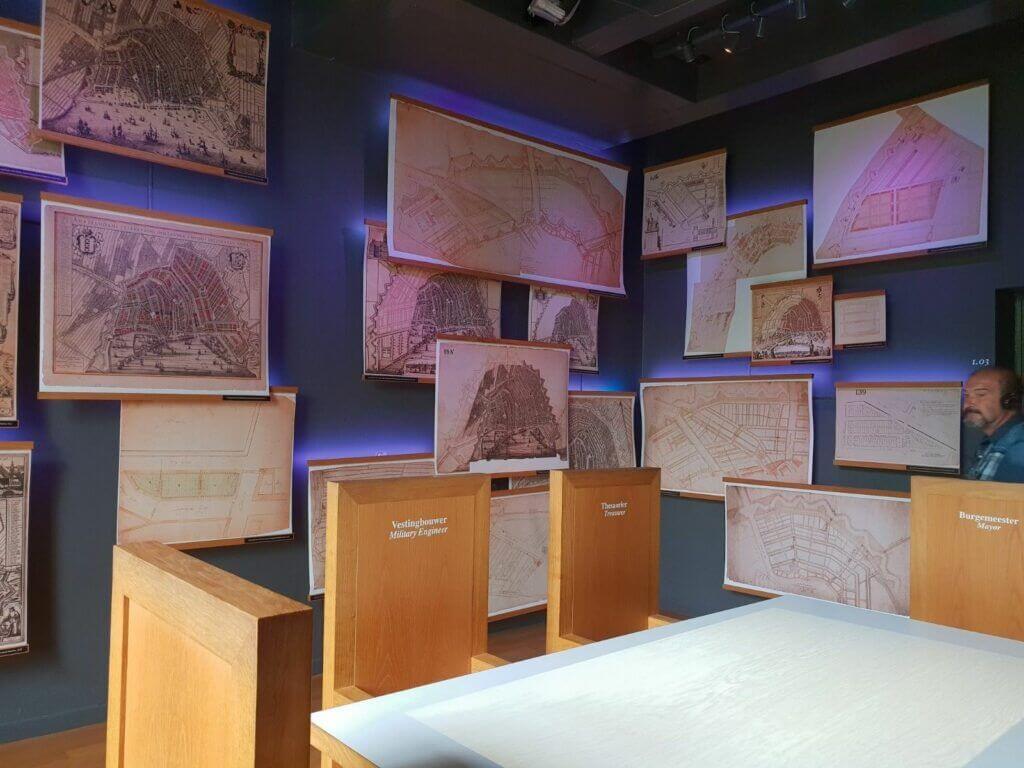 Drawings showing plans for the construction of canal houses in different parts of Amsterdam. 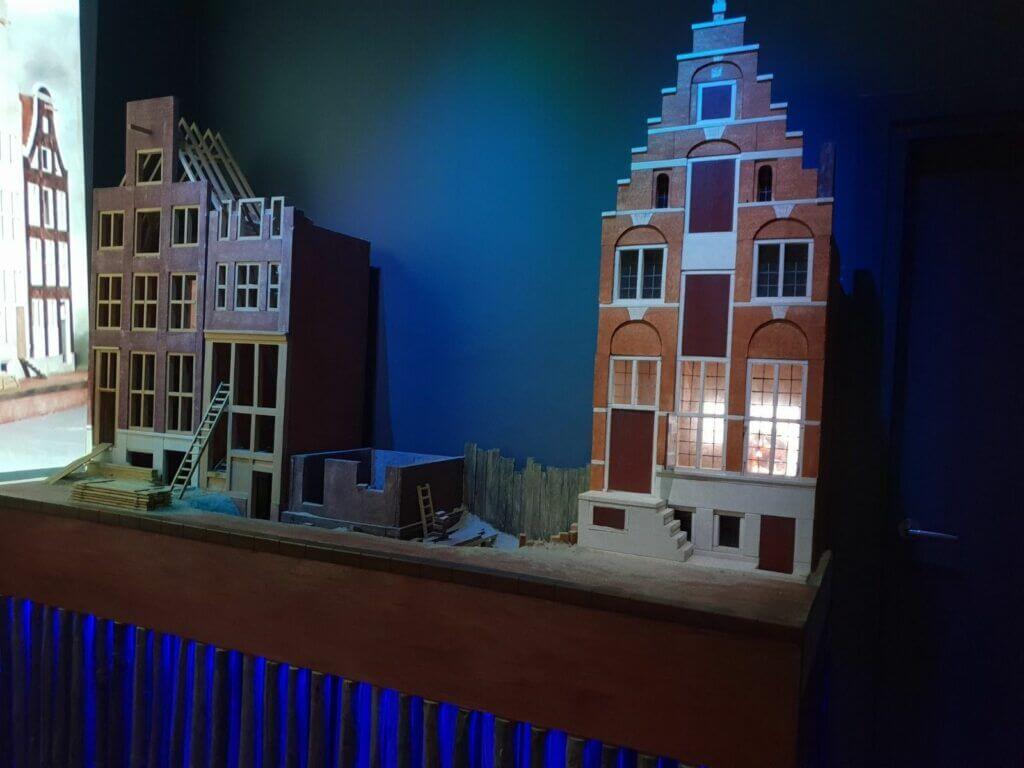 A room with wooden replicas of canal houses in Amsterdam. 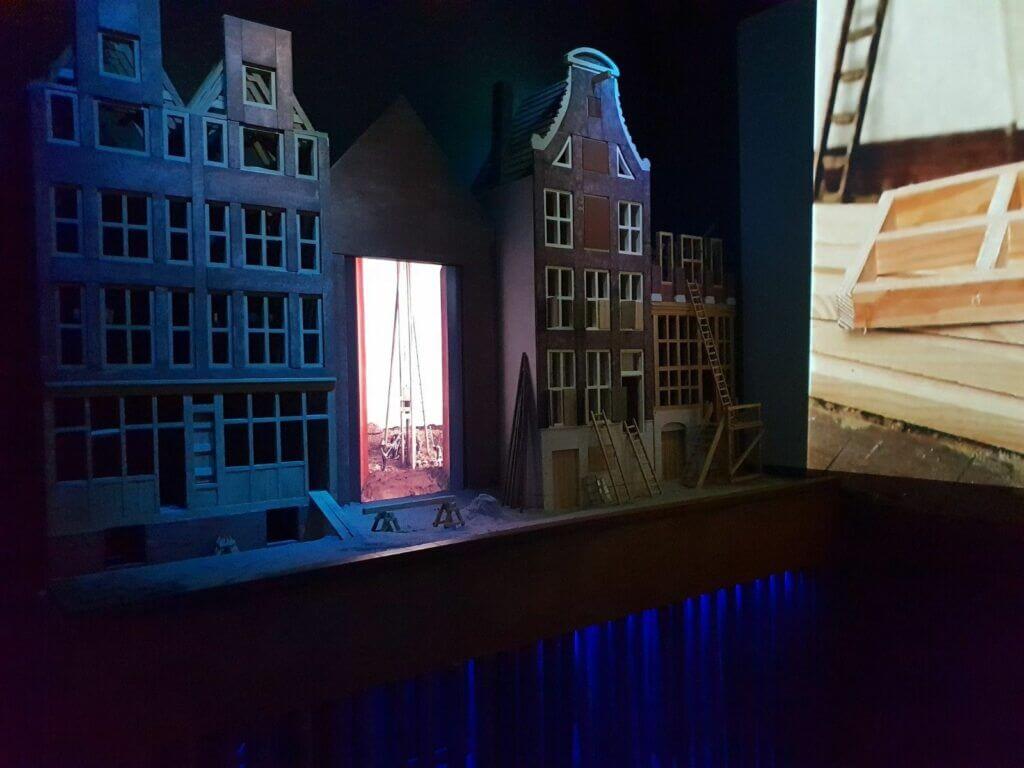 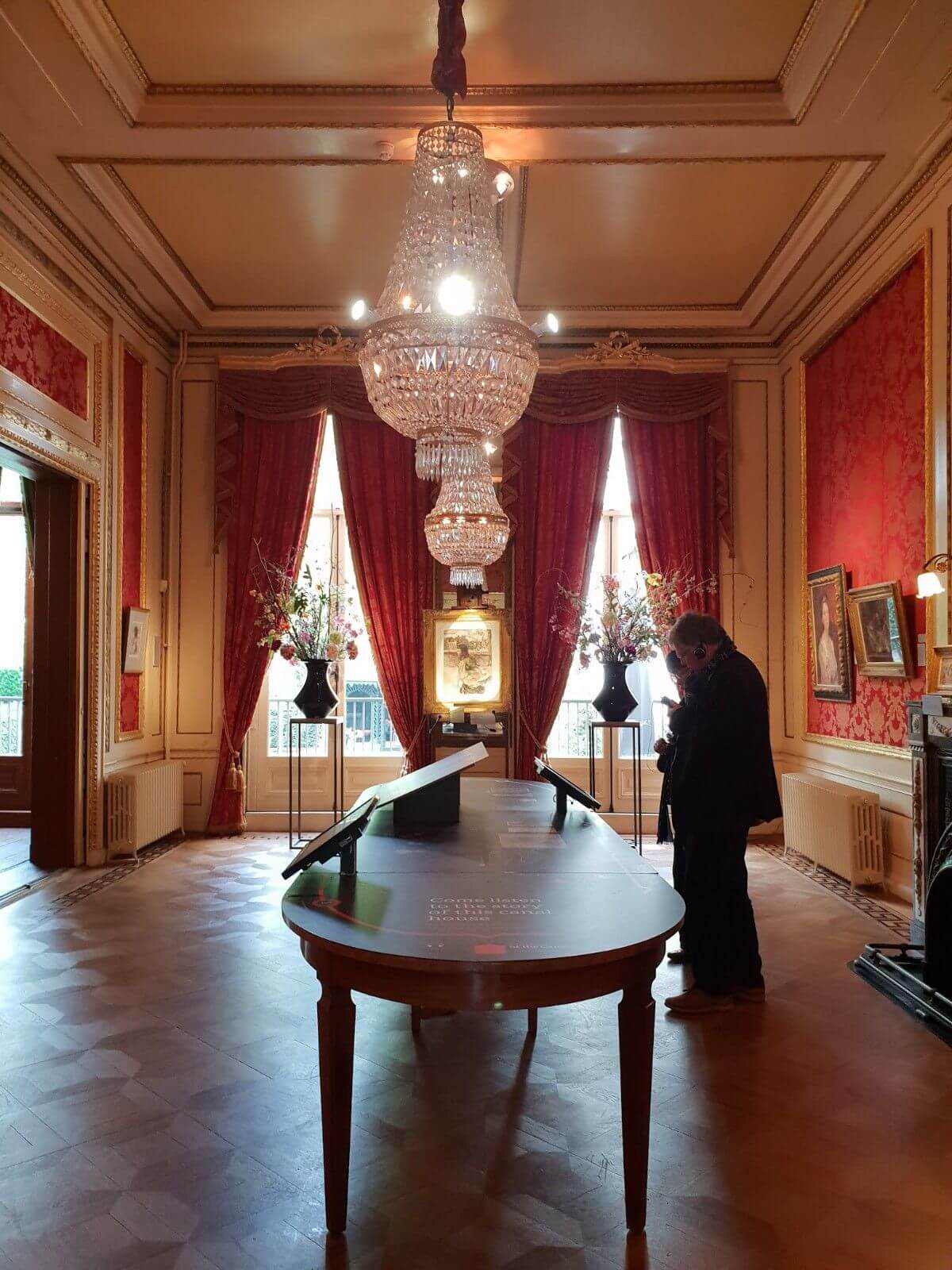 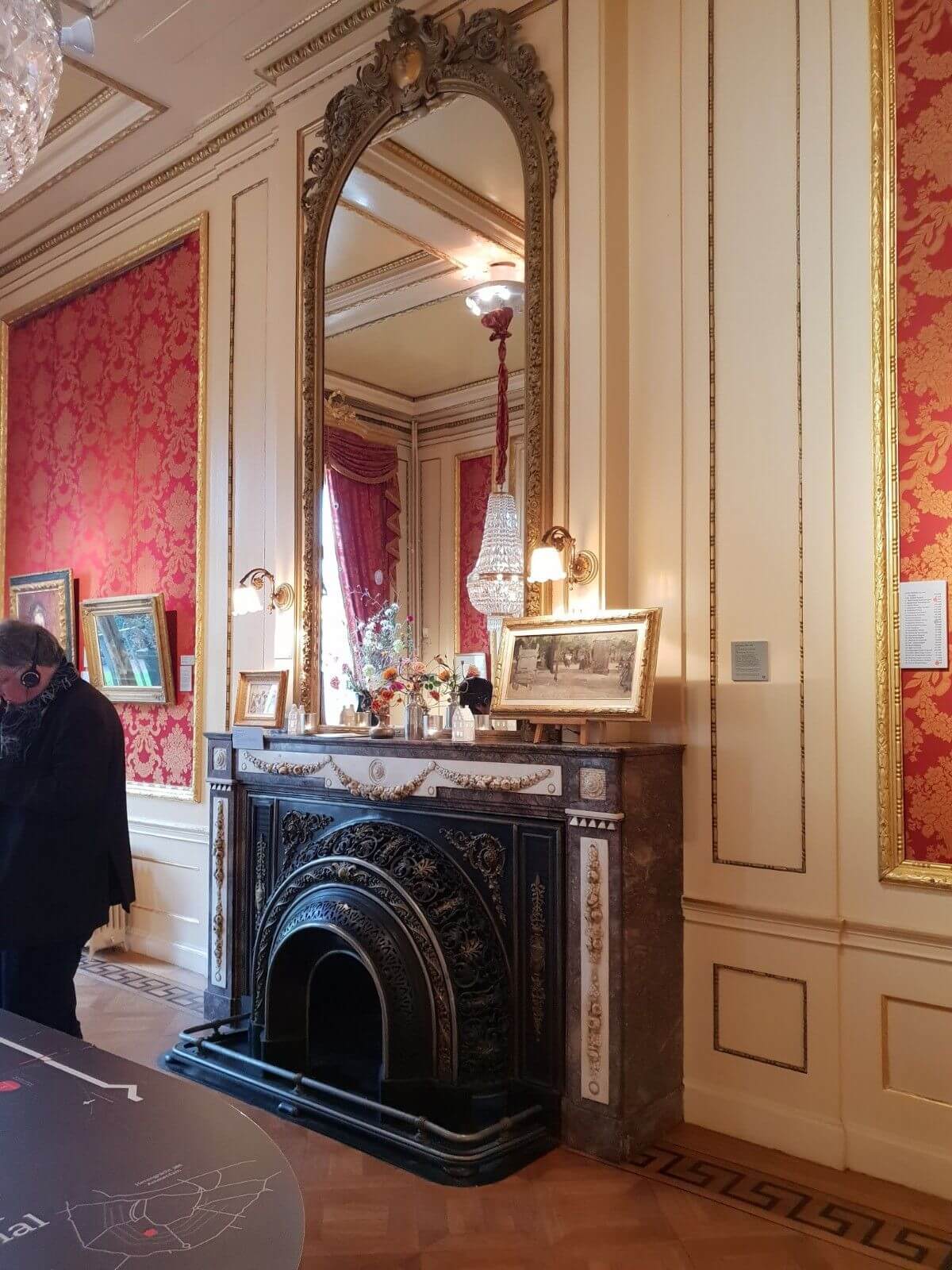 Tickets are available at the entrance of the Museum. The regular admission price at the entrance is €15,-. All prices include free use of the audio tour. The tour is available in Dutch, English, German, French, Spanish, Italian, Japanese and Chinese.

Note: children under 18 are admitted only when accompanied by an adult.

Regular entrance prices at the door

Purchase Your Grachtenhuis Tickets online with discount for €13,60 via Tours & Tickets

The Museum Het Grachtenhuis is located on one of Amsterdam’s most popular districts – the Herengracht. The easiest way to get to the museum is by using public transport. You can find the exact information below this paragraph.

You can get to the Museum Het Grachtenhuis from many parts of Amsterdam. One of the easiest ways is to go via from Amsterdam Central station or the Leidseplein. It is even possible to stop directly with a Canal Boat in front of the building. If you go for this option, make sure your Canal Cruise will drop by the right location. The following trams will take you to the museum:

With the widget below you can find accurate advice for the real-time travel times based on your current location. This application will help you when you are not sure which bus or tram you can take from your location.

Can I visit the Museum in a wheelchair?

Yes, the museum is wheelchair accessible.

Is there usually a queue at the museum?

No, usually there isn’t but visitors might have to wait a few minutes to get in during the high season due to the museum being more crowded than it usually is in the low season.

How much time do I need for a complete tour of the museum?

For a complete tour, you’ll need about 90 minutes. The museum hosts several temporary exhibitions which are quite interesting for visitors.

Is the Museum suitable for children?

Yes, children under 18 can be brought under adult supervision. There are also interesting exhibitions meant for children.

Reviews of the Museum Het Grachtenhuis

We are always interested in our visitors' experiences. Please leave your Museum Het Grachtenhuis reviews below and help fellow travellers! What did you think of the Museum? Would you recommend it to friends and family? Did you have to wait long at the entrance? Include all you want in you review and please be patient as we check all reviews by hand. Yours will be posted soon!

Museum of Bags and Purses Amsterdam

Discover the history of fashion as it pertains to bags and purses in Amsterdam and other parts of Europe!

Discover all there is to know about Amsterdam’s history and identity as a city in this wonderful museum!