The Catboat - De Poezenboot
Things to do in Amsterdam » The Catboat

Anyone who’s been in Amsterdam, knows the city is all about canals and houseboats. The Catboat (De Poezenboot) is a unique houseboat that is turned into an animal shelter. It is run by group of volunteers with a big heart for animals and cats in particular. We won’t even bother explaining how unique a floating cat paradise is, as you could have probably guessed. Best thing is that The Catboat is open to public. So if you’re a cat lover visiting Amsterdam and you’re up for a relaxing moment away from the busy city, make sure to pay a visit to The Catboat. There’s no such thing as entrance fee, but of course you’re going to leave a donation to keep the cats dry and happy! 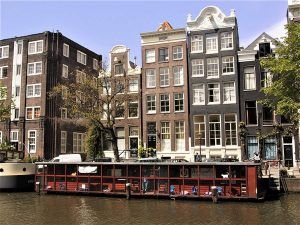 History of The Catboat

The story of ‘De Poezenboot’ or The Catboat dates back to the 1966, when founder Henriette van Weelde found a homeless cat family seeking shelter under a tree. She decided to take the cats with her and take care for them in her own home on the Herengracht. Soon after that first family of cats another strayed cat followed. Before Henriette knew it, rumour started to spread and people started bringing cats to her that they couldn’t take care of any longer. By 1968 Henriette was also known as “the cat lady” and she needed every part of her home to house all cats. At some point her entire home, garden and roof terrace were packed with cats and people were still bringing new cats in. Henriette needed to find a solution and she did, just by looking out of her window. As she looked at a houseboat in the Herengracht the idea of a houseboat as shelter for her cats arose. An old Dutch sailing barge was acquired and with the help of volunteers the interior was rebuild in order to fit it’s new function; a floating cat shelter. The boat served this purpose for over a decade until it was replaced in 1979.

Unfortunately Henriette passed away in 2005. Her work however is being continued by some of the loyal volunteers under the lead of Henriette’s close friend Judith, big applause to them! 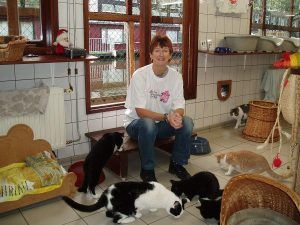 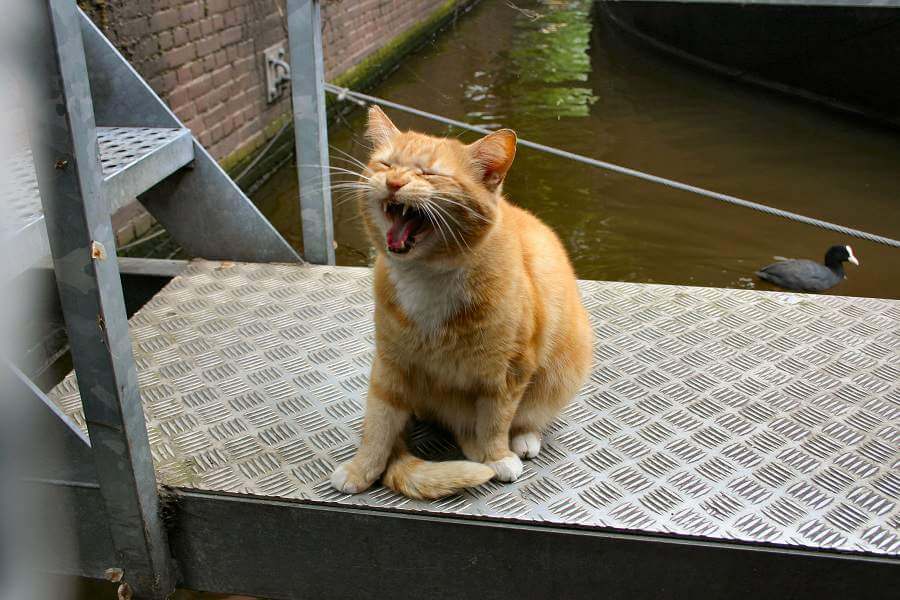 It’s a hard knock life on The Catboat! 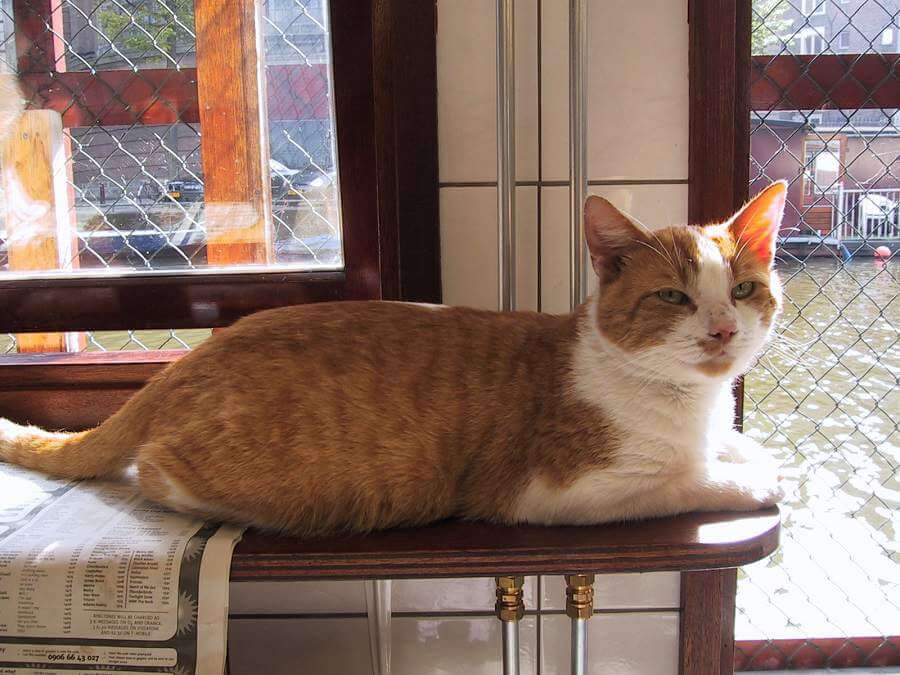 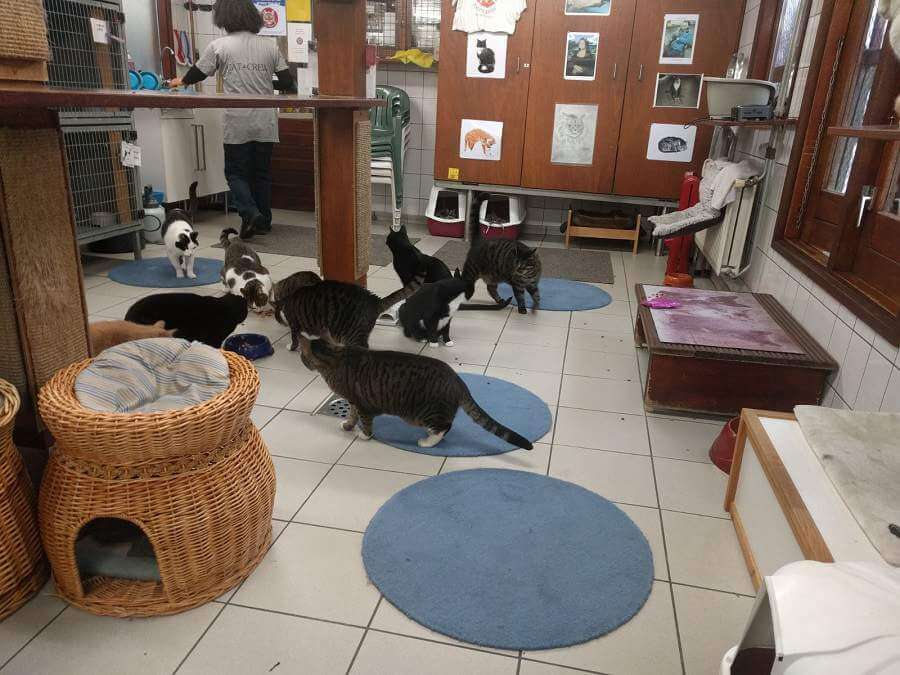 That time of day every cat wakes up for a moment 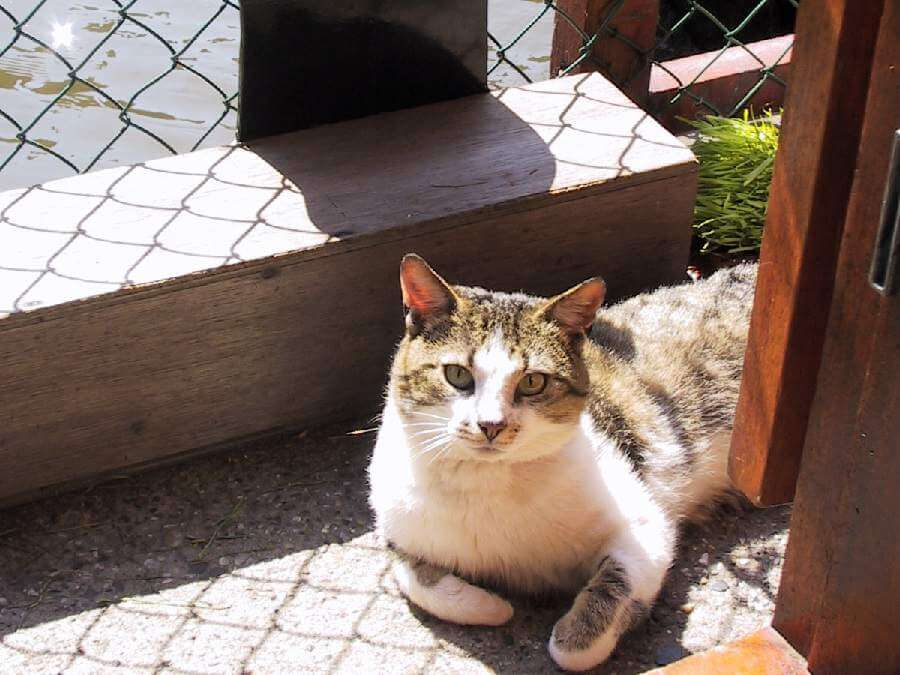 The Catboat is open 5 days a week . If you want to pay a visit to The Catboat, make sure to be there in the afternoon. Opening hours are quite limited, which is logical if you consider it being an animal shelter run by volunteers.

Visiting The Catboat (De Poezenboot) is completely free of charge. However we know you will leave a generous donation just like we did, so the volunteers can keep up the good work!

More animal related activities in Amsterdam are a visit to Artis or the Kattenkabinet.

The Catboat is situated at the very beginning of the Singel. You can walk there from Central Station within a few minutes. If you exit Central Station at the front side just keep right until you reach the first canal. The catboat is located on the right side of the water.

The Catboat on the city map

Reviews of The Catboat

How did you like to witness the world's only floating cat shelter? Would you recommend paying a visit while you're in Amsterdam? Leave a review below.

Overall it was okay but had an allergy attack right after.