Things to do in Amsterdam » Blog » Gay Pride Amsterdam 2018

There comes that time of the year when Amsterdam ‘s canals get super busy and a lot of boats are filled with scantily clad individuals drinking, dancing and celebrating.

If they’re all dressed in Orange, then it’s King’s Day but if a majority is dressed in Pink, then it’s definitely Gay Pride Amsterdam. Pride Amsterdam or Amsterdam Gay Pride is a citywide gay festival annually held at the city centre of Amsterdam during the first weekend of August. The festival attracts several hundreds of thousands of visitors and is one of the largest publicly held annual events in the Netherlands. Gay Pride is an annual celebration where the rights of gay, lesbian and transgender communities is celebrated, and everyone is proud of themselves and also dares to express that. The party in Amsterdam lasts several days and consists of all kinds of parties, events and the boat parade ‘Canal Parade’. 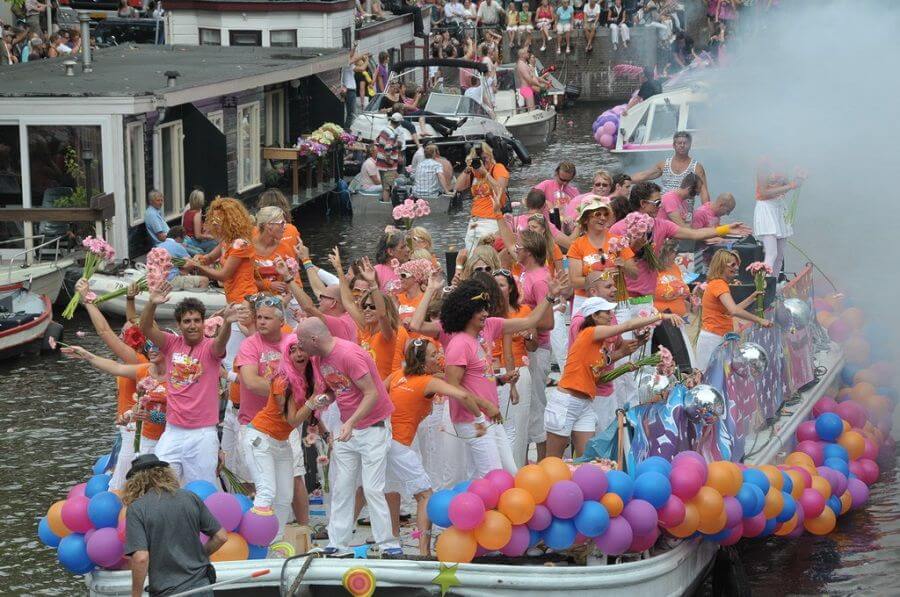 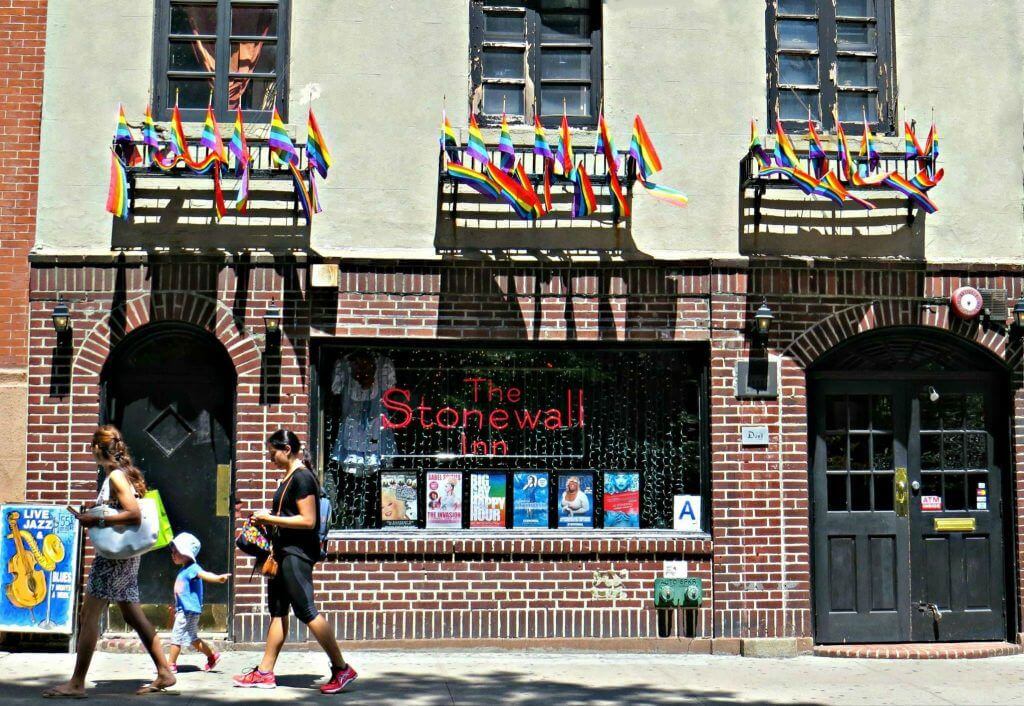 The history of this festival finds its roots in the United States and precisely, a bar in New York called The Stonewall Inn. Homosexuals, lesbians and transvestites gathered there to socialize and interact with each other. This was of paramount importance as they were usually bullied and discriminated against in the outside world. People saw homosexuality as ‘abnormal’ and back then, it was even prohibited by law. In 1969, violent riots broke out against a police raid that took place in the early hours of June 28 at the Stonewall Inn.

We, homosexuals, plead with our people to please help maintain peaceful and quiet conduct on the streets of the Village. – Mattachine.

The Stonewall riots gave birth to a powerful wave of gay rights movements all over the U.S and the world, and in 1970, a year after the riots, the first Gay Pride Parade took place in New York. Although cheerful, it was still a protest as the LGBTQ community came together to show the world that they were proud of who they were. And this has always remained the message of the Gay Pride even after all these years. 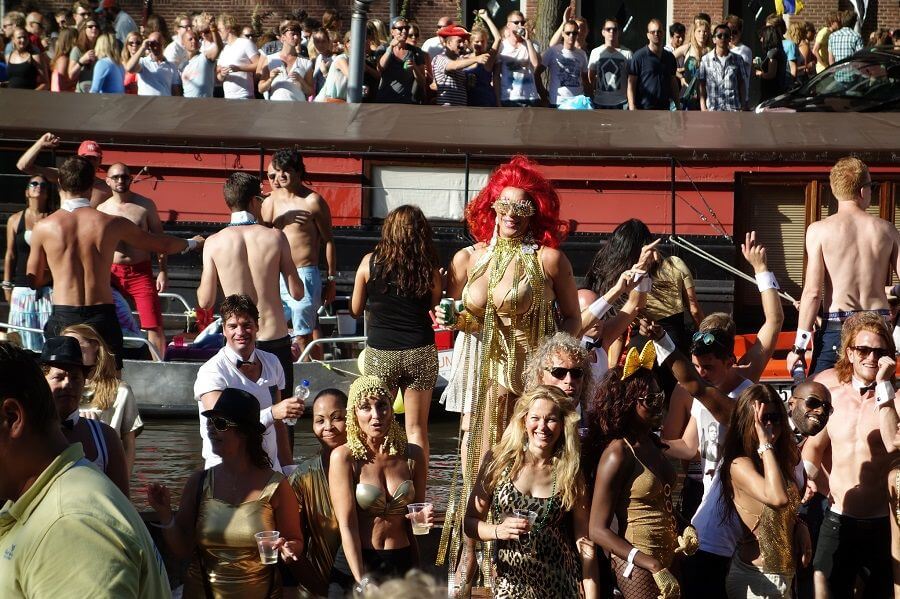 There have never been major riots here in the Netherlands and Amsterdam has always been a very tolerant and accepting city. After the first Gay pride took place in New York, the COC (Dutch Gay Rights Organisation) didn’t feel a need to organize one as they felt that gays had always been seen as normal human beings in the Netherlands. later on, they changed their policy and the first “Gay Liberation and Solidarity Day” or “Gay Pride Day” took place in Amsterdam on June 25, 1977. Later on, the “Gay Liberation and Solidarity Day” was renamed “Pink Saturday” and came to be held on the last Saturday of June.

Due to the decline of Pink Saturday, a group of people from the famous gay dancing Havana in Reguliersdwarsstraat introduced Amsterdam Pride.

The first Amsterdam Pride was held in August 1996 and it was different from Pink Saturday and most the Gay Pride celebrated in other cities around the world, as it was solely meant to be a celebration of freedom and diversity in Amsterdam, and not as a political demonstration for equal rights or against discrimination.

Even though there was no need for a protest, the organizers of the first Gay Pride felt that it was important to make the whole of the Netherlands aware that homosexuality exists and that it was as normal as anything in the world. Pride Amsterdam is neither political nor complicated. The goal is to celebrate love and party. The party is closed every year with the Canal Parade.

The party was organized to keep the name of Amsterdam as a gay-friendly and nightlife centre high on the social ladder. This was different from the earlier gay parade organized in other cities around the world because it didn’t serve as a demonstration for equal rights. It served as a celebration of freedom. 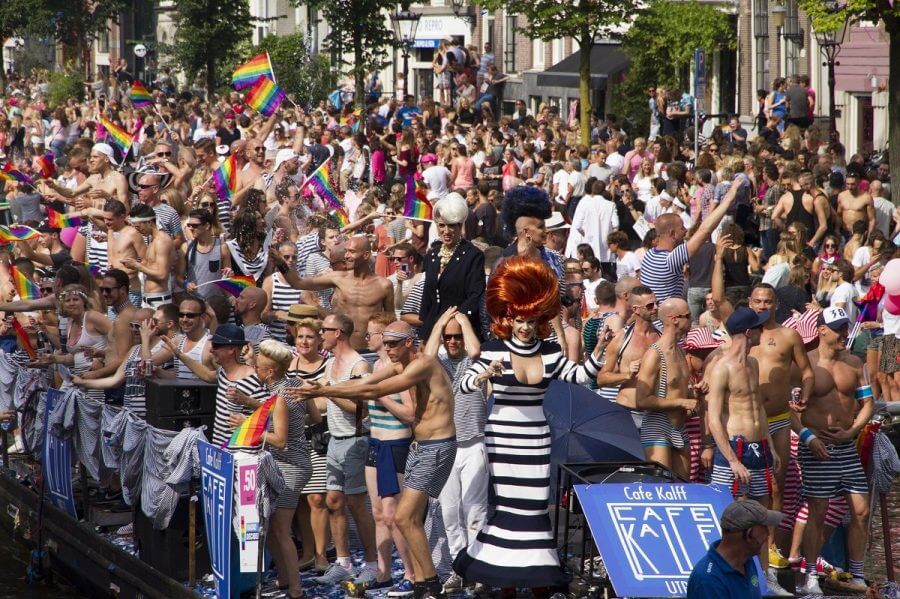 Around the first week of August, various events take place in various places in Amsterdam in the form of sports, dance, films, culture and much more. The highlight is the boat parade on the canals of Amsterdam. Then well-dressed men and women sail on boats that are also well decked over the water, accompanied by music and many visitors along the canals. The Gay Pride was organized in 1996 for the first time by Gay Business Amsterdam.

This year it will first take place under the new name Pride Amsterdam: as a sign that the event is ‘for everyone, no matter who you are and whom you love.

Amsterdam is always filled with activities on Pride Amsterdam. Hotels are usually filled up so make sure you book your hotel rooms in advance. This year’s Gay Pride 2018 is from 28 July till 5 August 2018, with the Canal Parade and street parties taking place from the 3rd to 5th of August. There are lots of bars to visit and nightclubs usually organize activities

If you’d like to view the Canal Parade and take pictures, the best angles are on sides of the bridges, but those spots are taken usually hours before the parade starts.

The most popular spots to enjoy the scenery and fun are:
– The Prinsengracht
– The Magere Brug on Amstel river

Do you have a boat and would like to participate?

To participate, you can apply in the month of February via the Gay Pride website. A draw is held in March to select 80 boats from a long list of applicants. While the list may be announced in March, the boat order is usually known a few days before the event.

Would you like to join a boat on Pride Amsterdam? 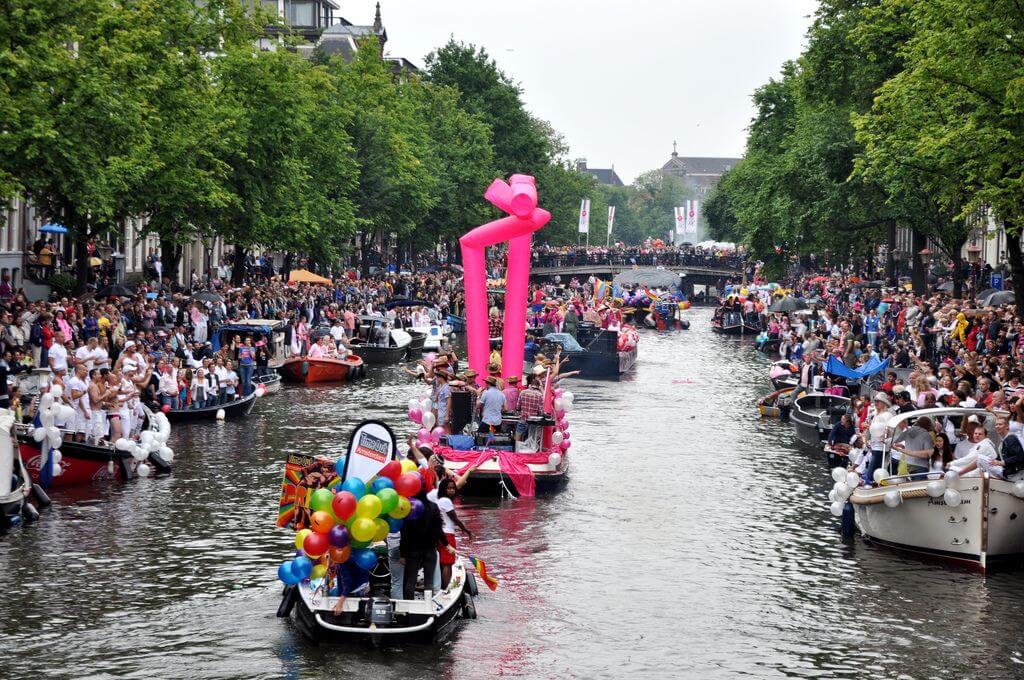 A lot of tourists are usually curious as to how they can join all the fun on the boats that sail the canals on Pride Amsterdam. They just have to understand that most of these boats are organised by LGBTQ organisations in large companies and they usually invite only their employees, friends and relations.

Post navigation
← What is King’s Day and what’s on in 2019?Anne Frank Foundation Launches Tour with VR Glasses →
Share:
We use cookies to ensure that we give you the best experience on our website. If you continue to use this site we will assume that you are happy with it.Agree