An American’s First Visit to Amsterdam

We asked Emily Zakich (age: 21 from California) to share her thoughts about the most different things about visiting Amsterdam for the first time compared to your life in the United States? What was in your opinion very exciting and a real culture shock to experience? What would you recommend for fellow Americans visiting Amsterdam for the first time?
That’s how she carefully crafted the blog below, enjoy! 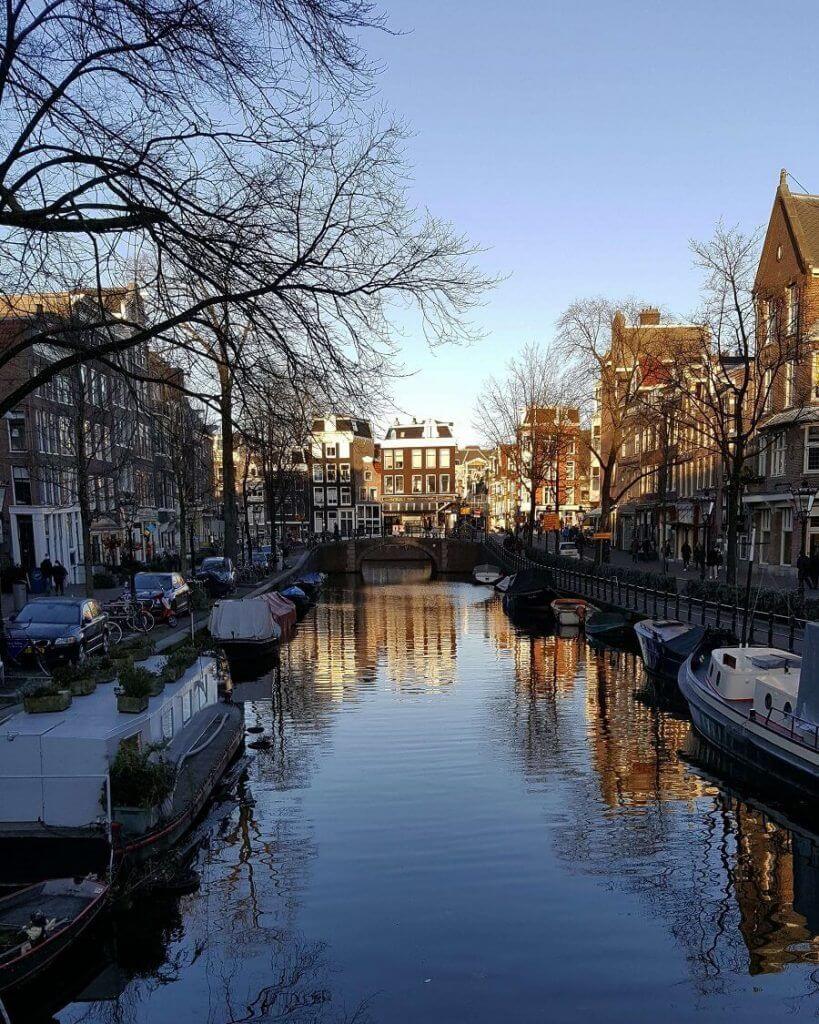 When one thinks of a European vacation, the usual places come to mind: Paris, Berlin, Barcelona. Rarely do we hear of the wondrous city of Amsterdam, nor of the equally beautiful country in which it resides. In truth, I, as an American, had barely heard of it, save for the 2014 film, The Fault in Our Stars, which only shows a small glimpse into the tone of the city. And let me tell you, it did not do this city justice!

When my boyfriend had first suggested visiting Amsterdam, countering my ideas of traveling to England or Switzerland, I had been confused — why there? Where even is that? But, from the very first day we spent, I knew that it was quickly becoming my favorite city.

I’m from Southern California, with long roads full of cars and very little public transportation. The stark difference between Amsterdam and what I know is refreshing, with the area’s seemingly infinite number of bike riders and narrow streets. Here are a few of what I found to be the most different from anything I have seen in the United States…

Authentic European cuisine is exactly what you should seek out when visiting the area, where delicious new tastes await wherever you travel. Though it is difficult to indulge in every Dutch culinary masterpiece there is, Amsterdam restaurants near your hotel will likely serve a few of the best that the land has to offer.

One thing that can be inferred by visiting Amsterdam is that its people are proud of their cheese. You can’t go far down a populated street without seeing at least one shop selling the delicacy. On our first night visiting the city, we ordered appetizers at a bar and, for some unknown reason, my boyfriend ordered cheese. What came out was cheese cubes with a side of… mustard? We had never heard of pairing cheese with mustard, but it turned out to be both delicious and enabled us to have a great first taste into the culture.

Two breakfast must-haves are the traditional flat Dutch pancakes and Poffertjes, small fluffy treats that resemble pancakes themselves. You can get either of these at most breakfast establishments, such as the De Vier Pilaren… Calories don’t count when you’re on vacation, right? 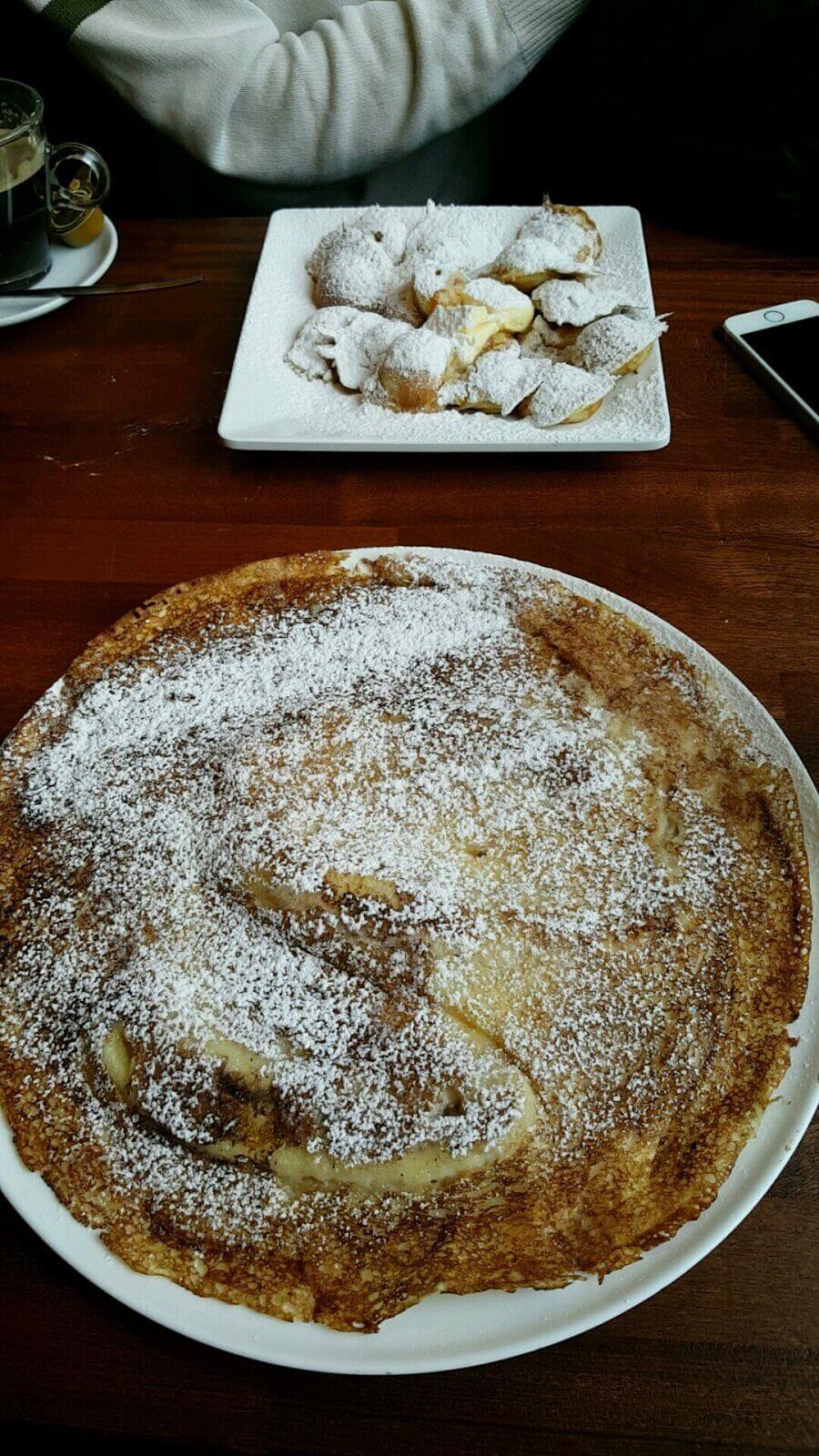 Picture taken by my boyfriend: “On the white plate are my precious poffertjes!”

What is most shocking to see as you travel through Amsterdam is its tolerance of sex and drugs, both of which are things that we from the United States tend to do only behind closed doors, shielding the view from other others both young and old. If you’re planning to travel to Amsterdam — as well as much of the rest of Europe — be prepared to see lots and lots of sexual images. On the billboards, on TV, and even in children’s museums. The Dutch don’t appear to have a large filter when it comes to what they show, which makes the European experience that much more exciting when you’re guided just a little out of your comfort zone.

The most memorable part of any trip to Amsterdam, if you take the chance, is The Sex Museum. This museum, located near the Dam square by the Central Station, showcases human sexuality in all its forms. This allows for a unique perspective on the willingness to explore the subject by Europeans as opposed to Americans (where there are only a few of this type of museum in the whole of the fifty states). From life-sized mannequins to tiny photographs from the 1800s, this place has every depiction of sex you can imagine, from the tasteful and beautiful to the not so much so. And, the best part is that your ticket at the door only costs 4€. Where else can you have a quality museum experience for so cheap? 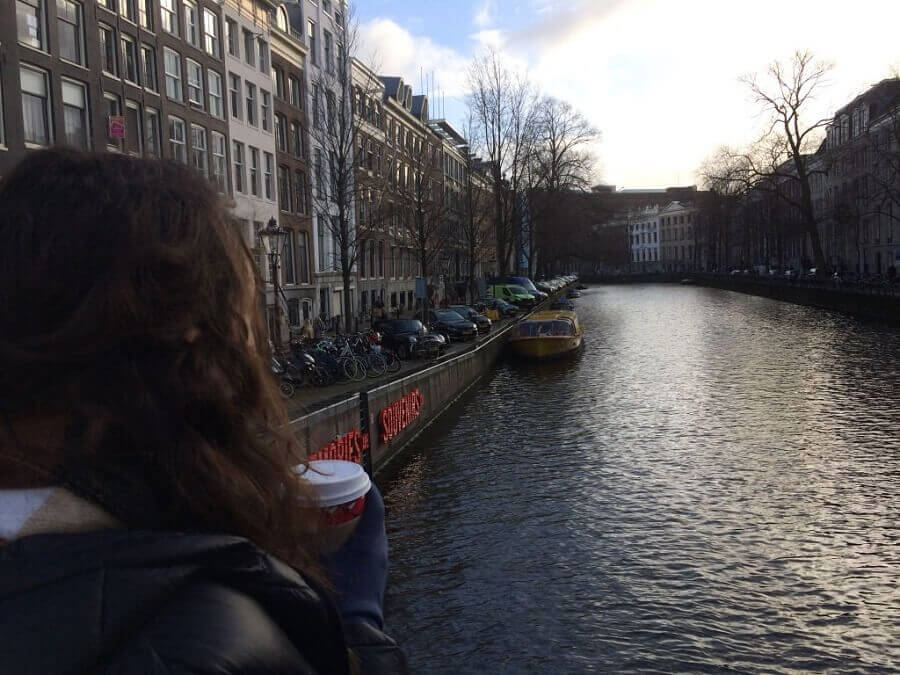 Those who haven’t been to Amsterdam may say that the city is only focused on sex, drugs, and alcohol, but let me tell you: there is so much more to it than just what you hear. You’ll see as you enter the area — the canals alone that run in between the city streets are the most breathtaking images, especially when the sun hits the water just right. The boats passing through and the houseboats where people actually live are images that stay with you long after the flight home. I suggest taking one of the canal tours that are offered throughout the year, an experience that isn’t offered in most parts of America. These tours give an interesting and up-close perspective on the city’s rich history, all from the water. You can check out more information about the canal cruises here.

No matter where you end up while on vacation in this beautiful city, know that it will be worth the travel. With such a striking difference between the States and The Netherlands, it’ll be a nice change from what we are used to. Take a moment to enjoy the view and experience all that Amsterdam has to offer.

Discover why you should put things to do in Amsterdam on your bucket list!

Explore sexuality in all its forms with this astounding collection!

Experience this unique and educational exhibit!

0 Comments on "An American’s First Visit to Amsterdam"